Home
AMD ROCm and HIP Training
Back to course front

Learn how to perform Matrix Transpose on CPU and GPUs 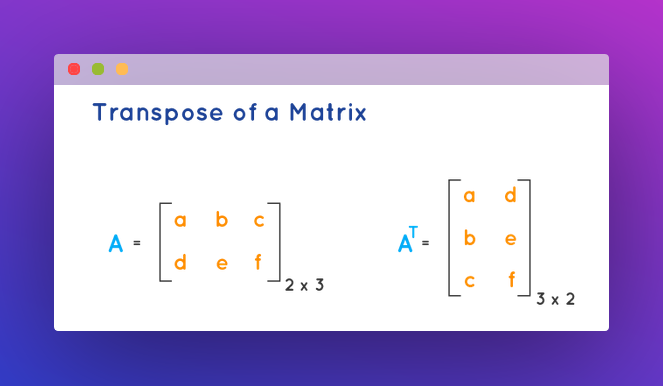 In this program, user is asked to entered the number of rows and columns. The program computes the transpose of the matrix and displays it on the screen.

Now we re-write the same code but use the HIP dialect, note the scabaility of the code and the kernel function. In order to use the HIP framework, we need to add the hip_runtime.h"header file. Sine its c++ api you can add any header file you have been using earlier while writing your c/c++ program. For gpgpu programming, we have host(microprocessor) and the device(gpu).

__global__ functions are often referred to as kernels, and calling one is termed launching the kernel.

Next keyword is void. HIP __global__ functions must have a void return type. Global functions require the caller to specify an "execution configuration" that includes the grid and block dimensions. The execution configuration can also include other information for the launch, such as the amount of additional shared memory to allocate and the stream where the kernel should execute.

Now, we'll see how to call the kernel from the host. Inside the main() function, we first defined the pointers(for both, the host-side as well as device). The declaration of device pointer is similar to that of the host. Next, we have hipDeviceProp_t, it is the pre-defined struct for hip device properties. This is followed by hipGetDeviceProperties(&devProp, 0) It is used to extract the device information. The first parameter is the struct, second parameter is the device number to get properties for. Next line print the name of the device.

We allocated memory to the Matrix on host side by using malloc and initiallized it. While in order to allocate memory on device side we will be using hipMalloc, it's quiet similar to that of malloc instruction. After this, we will copy the data to the allocated memory on device-side using hipMemcpy. hipMemcpy(gpuMatrix, Matrix, NUM*sizeof(float), hipMemcpyHostToDevice); here the first parameter is the destination pointer, second is the source pointer, third is the size of memory copy and the last specify the direction on memory copy(which is in this case froom host to device). While in order to transfer memory from device to host, use hipMemcpyDeviceToHost and for device to device memory copy use hipMemcpyDeviceToDevice.

Now, we'll see how to launch the kernel.

HIP introduces a standard C++ calling convention to pass the execution configuration to the kernel (this convention replaces the Cuda < < < >>> syntax). In HIP,

Next, we copy the computed values/data back to the device using the hipMemcpy. Here the last parameter will be hipMemcpyDeviceToHost. After, copying the data from device to memory, we will verify it with the one we computed with the cpu reference funtion. Finally, we will free the memory allocated earlier by using free() for host while for devices we will use hipFree. We are familiar with rest of the code on device-side.